Acelen will invest R$ 500 million in the Mataripe Refinery (formerly RLAM), in Bahia, with an estimate of generating up to 4 thousand jobs 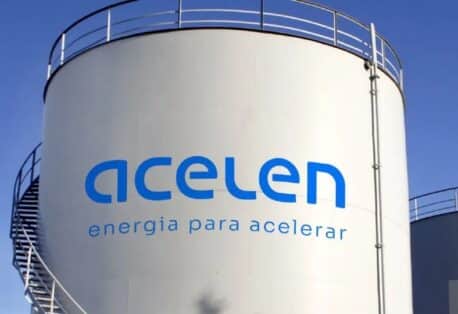 Acelen invests in the infrastructure of the Mataripe Refinery – image: Disclosure

Acelen announced this Tuesday (19) that it will invest R$ 500 million in the Mataripe Refinery (Old RLAM) located in Bahia and projects that up to 4,000 jobs will be generated at the peak of the work.

Acelen, an arm of the investment fund Mubadala Capital, announced this Tuesday (19) an investment of R$ 500 million aimed at the Mataripe Refinery (Old RLAM), in Bahia, with the estimate of generating thousands of job vacancies. The funds will be applied to the unit's maintenance shutdown cycle over the next year. The estimate is that 4 thousand jobs will be generated by Acelen at the peak of activities, which should happen in October this year.

Celso Ferreira, Vice President of Operations at Acelen, stated that the investments will be used, in addition to generating jobs, to generate greater competitiveness for the Mataripe Refinery, which was the first to be sold by Petrobras in its divestment program in the refining sector. Of the 26 production units of the former RLAM in Bahia, 11 will undergo scheduled shutdowns.

The company's idea is to expand the levels of operation, which had records of 65% in the last year, to more than 97% of installed capacity. Acelen believes that, through new investments, it will be possible to generate new products, expand its production to other markets and optimize customer service, in addition to generating new jobs in Bahia.

It is worth mentioning that the company manages the Mataripe Refinery, being responsible for 30% of industrial production in Bahia and accounting for about 20% of ICMS collection in the state.

On November 30, 2021, Petrobras concluded the sale of the Mataripe Refinery to the Mubadala Capital fund, after all contractual conditions were fulfilled, the sale was completed with the payment of US$ 1.8 billion.

At the time, the president of the state-owned company, Joaquim Silva e Luna, said that the sale operation is an essential milestone for Petrobras and for the fuel sector in the country and believes that, with new companies operating in the refinery, the market will be more competitive. and there will be more investments, generating the consolidation of the economy and bringing benefits to society such as job vacancies job and income.

In addition, it also composes the commitment made by Petrobras with the Administrative Council for Economic Defense (CADE) so that the refining market is open. It is worth remembering that Acelen is a company developed with a focus on the operation of RLAM, currently the Mataripe Refinery, in Bahia. At the time, Mubadala Capital issued a promise to maintain the quality of the asset's operation, in addition to ensuring the supply of the market that needs the refinery.

Acelen, whose name comes from the combination of the words excellence, energy and acceleration, is committed to investing, evolving and generating new opportunities. The company always seeks to develop the energy sector, always with excellence and the best global practices, promoting the development of the market, society, Bahia and its employees.

Always focusing on the future, the company has professionals with extensive experience in the areas of oil and gas, fuel distribution, chemicals, logistics, petrochemicals, bioenergy, complex and large-scale operations, who are always committed to making a modern and with the best relations with its collaborators and customers.

The company is responsible for supplying about half of the Northeast region, a region that has an impressive economic and population growth forecast for the next few years.

Tags: AccelerateBA - Bahiajob creationinvestmentsMataripe RefineryRLAM
previous post High prices for essential minerals for the manufacture of electric cars, such as nickel, bring great opportunities for Brazil
next post Multinational Siemens Energy designs in Brazil and launches globally innovative transformer, with a high level of fire safety and no risk of explosion, aimed at the electrical grid of the entire region of the Americas