Start • A few months away from opening in MT, 3tentos' new biodiesel plant will leverage investments and production capacity in Brazil

A few months away from opening in MT, 3tentos' new biodiesel plant will leverage investments and production capacity in Brazil

THE company 3goes has roots in Rio Grande do Sul, but for some time now it has been targeting investments in the Midwest to expand its activities and consolidate its brand as a distributor of national agricultural inputs. The company is building a new biodiesel plant in the municipality of Vera, in Mato Grosso. This will be the company's second biodiesel production unit. Its debut in this market took place in 2013 with the opening of the plant in Ijuí, Rio Grande do Sul.

3tentos' expansion plans in the biodiesel market are to install 8 stores and an industrial unit in the next five years in Mato Grosso. And this will be possible because the company has a good capital raised in the financial market. The group's shares debuted on B3's Novo Mercado in July 2021. Around R$ 1.35 billion were raised.

In 2020, 3Tentos was already able to reach a turnover of R$ 3.11 billion, with a profit of R$ 246.3 million. Already in 2021, the products and services marketed by the company generated revenues of nearly R$ 5.34 billion. The expectation is that the new 3tentos plant in Vera will have the capacity to manufacture up to 306 thousand m³ of biodiesel per year. The same as the Ijuí plant, which manufactured a total of 200,200 m³ of biodiesel in 2021.

3tentos was created in 1995 in Santa Bárbara do Sul (RS) with the production of seeds and the development of defensive and fertilizer businesses; receiving, storing and trading grain. Until 2025, the company intends to continue making investments, expanding in the Midwest with the opening of another 30 stores. It currently occupies the 55th position among the 100 largest agribusiness companies in Brazil, according to the Forbes Agro List.

Current figures for biodiesel production in Brazil: the southern region is the one that produces the most

According to data from the National Agency of Petroleum, Natural Gas and Biofuels (ANP), the South region produced 223,237 cubic meters of biofuels in March 2022. The Midwest region was able to produce 195,719 in the same period. The Northeast and Southeast, 43,670 and 34,804 respectively. Totaling more than 497m³ in March.

In 2022 (from January to March) almost 1.5 million m³ were produced in Brazil. In the same period of 2021, production was 1.6 million cubic meters. In January this year, the ANP informed that the contracts between fuel distributors and biodiesel producers totaled 1.3 billion liters of the product for supply in the first two months of this year. The volume contracted was approximately 50% higher than the estimated demand for biodiesel for the period and also aimed at meeting the percentage of mandatory blending with diesel oil.

According to data provided by the Center for Studies in Applied Economics at the University of São Paulo (Cepea-USP) in conjunction with the Brazilian Association of Vegetable Oil Industries (Abiove), Biodiesel production in Brazil generated almost 20 thousand direct jobs just last year. 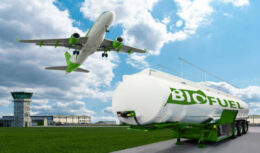 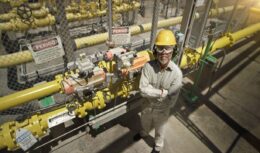 To strengthen the natural gas market in BAHIA with the help of biomethane, Bahiagás opens a Public Call to buy more than 2,000 m³/day